William Wegman Exhibition at the NGV 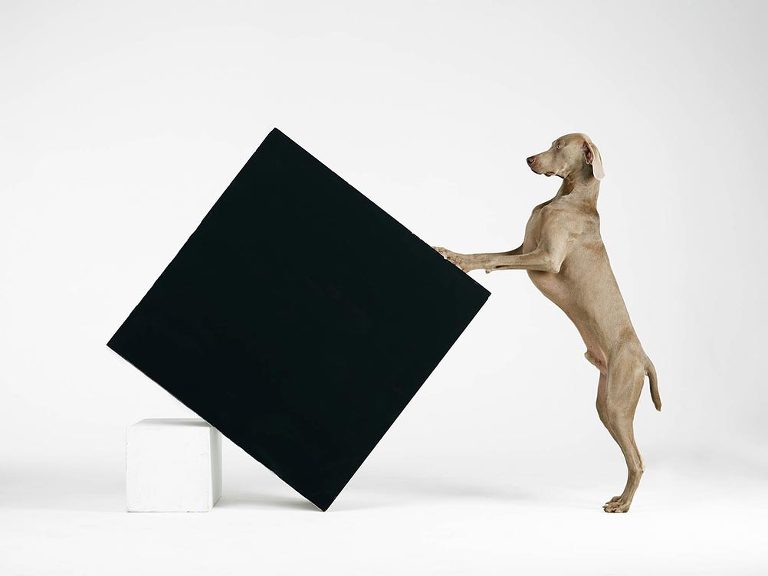 I have always enjoyed the work of Magnum photographer Elliott Erwitt, who seemed to always be able to incorporate a dog into one his photos.

He wasn’t exactly a dog photographer, but dogs were definitely one of his preferred muses and probably his strongest area of work.

As a pet photographer, I really should have been aware of more dog photographers, but Erwitt was always the one that sprang to mind.

Until recently he was probably the only famous dog photographer I could name off the top of my head.

That was until I was introduced to the work of William Wegman, a New York based photographer who’s work usually features a now familiar looking Weimaraner.

Wegman’s work is studio based and usually features a Weimaraner posed in action with a large object or piece of furniture, or dressed in some human clothing such as a trilby hat or overcoat.

While very posed and meticulously planned, his works are always captivating and often have an element of humour to them, whether it’s from the dogs expressions or through the absurd choice of clothing.  Absurd probably isn’t the right word to use since many of the dogs seem to actually suit the clothes they are wearing!  Or maybe the clothes suit them?!

Melbourne dog lovers will be able to enjoy William Wegman’s work up close when his Being Human exhibition arrives at the NGV, Melbourne in December 2018.

The exhibition will be on show until March 2019 and open between 10am – 5pm daily.

We look forward to seeing all the other Melbourne pet photographers and dog lovers there!